Just as a Kalpvrksha fulfills the desires of a layman, Chinmaya Mission has been fulfilling the spiritual aspirations of millions of devotees across the globe since its inception in 1950s. Inspired by His Holiness Pujya Swami Chinmayananda Vedanta Study and Satsang classes have been ongoing in Philadelphia area since long. Pujya Swami Chinmayananda ji visited Harleysville area several times during 1980-90s.
As a culmination of efforts by Shri Chanduhaiji Patel and other families Chinmaya Mission Harleysville (CMH) Bala Vihar® was started in 2009. Pujya Guruji Swami Tejomayananda ji during his 2011 visit to CMH approved the proposal for an ashram in Harleysville area.
With the financial support from Chinmaya Mission Acharyas, Swami Shantananda ji & Swami Siddhananda ji, a four acre land was purchased by CM Tri-state Center (CMTC) in Harleysville PA in 2011 for the proposed mission building. Pujya Guruji during his visit in May 2012 named the center as “Chinmaya Ramalaya”. The new ashram will consist of a shrine of Shri Lord Rama parivar, well equipped Bala Vihar class rooms, auditorium, Yoga studio, Community hall, and Dining facilities.

Mesmerized by Pujya Gurudev, Swami Shantanandaji in sixties, then Br. Raghavan, went to serve for the Master for almost two years as his traveling secretary. After completing his Vedanta course in Mumbai, Swamiji then traveled to Taiwan where he successfully managed his own business while teaching Vedanta part-time. He has been instrumental in building the Chinmaya Mission in Hong Kong, Taiwan and other parts of the world. Since 1992, when he was given Sannyas by Pujya Gurudev, Swamiji has dedicated him life to the full time teaching of Vedanta in the Pennsylvania, New Jersey, New York area.
As a speaker, Swamiji’s talks are filled with wonderful insights into life and people respond instantly to his wisdom and affectionate nature. In 2001, Swamiji undertook and completed 50 Geeta Gnana Yagnas all around the world as his personal tribute to Param Pujya Gurudev.

Swami Siddhananda, a graduate from Kerala University, joined Chinmaya Mission in 1972 at Sandeepany Sadhanalaya, Mumbai and studied Vedanta under Swami Chinmayananda. He was one of those fortunate to meet Gurudev in his youth. He decided early on that he must follow wherever the Master led him. He served at the Chinmaya Mission Chennai for many years and also at the Chinmaya International Foundation Cochin for a few years. He made significant contributions to the monthly magazines Tapovan Prasad and Bala Vihar®.
He has inspired generations of youngsters through his love and dynamic active association with the Chinmaya Yuva Kendra and worked with them in many spiritual and social projects in Chennai, India. Swamiji is the resident Acharya at Chinmaya Mission “Kedar” at Langhorne and also the in-charge of Chinmaya Mission West Publications Division for the last 11 years.
He is today the man behind the success of revitalization of the sales of the Chinmaya Publications in the west. Swamiji regularly conducts Satsangh, Camps, and many youth/Bala Vihar classes in Tri-State areas and also visits the Chinmaya Mission West centers. He is an artist and a singer, has composed many Bhajans and has brought out CD albums. The most famous among them are Hari Om Smaran, Shivoham, and Sivam Sivakaram Shantam. 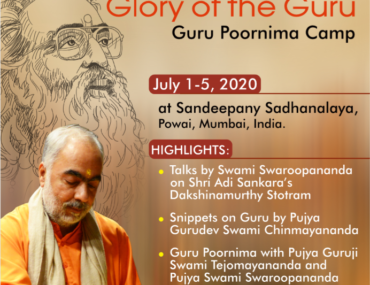 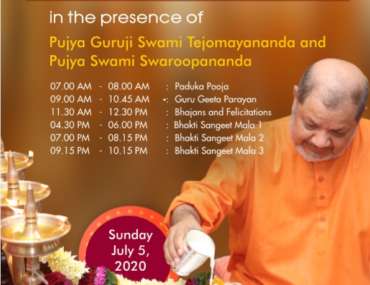 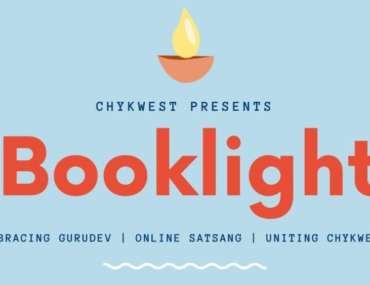