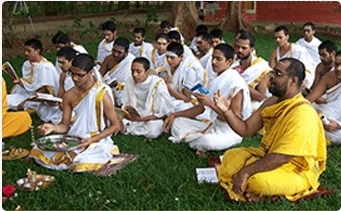 Silently hear everyone.  Accept what is good.  Reject and forget what is not. This is intelligent living.

The beauty of any religion blossoms by both its philosophy and the way it is practiced. Religion, therefore, is a happy and intelligent blending of philosophy and rituals. Ritualism here means far more than mere physical performance of ceremonies. Ritual also includes all modes of practical religion, applicable to the mental and intellectual levels of our personality. It includes rites, ceremonies, and duties practiced externally; devotion or bhakti, cultivated by the mind; and subtle discrimination and meditation undertaken by the intellect.

Ritualism in Hinduism holds a great meaning when guided properly and, thus is the fundamental aim of the Chinmaya Purohita course, inspired by Swami Chinmayananda’s vision and implemented by Swami Tejomayananda since 2008.

A Purohita can be likened to a practical guide in spiritual practices. The term ‘Purohita’ indicates a person who dedicates his life for the welfare of society, helping them to lead a dharmic life by giving relevant advice at different junctures to achieve dharma, artha, kama and moksha (i.e. the human goals) through worship of God. He has to be well versed in both the ritual and the philosophy to make religion meaningful.

In order to facilitate the performance of rituals with proper understanding, Chinmaya Mission has started the Purohita Course at three locations:

1. The Chinmaya Veda Vidya Peetha in Chokkahalli, Karnataka, with the inspiration of Swami Brahmananda.

2. Chinmaya Vaidik Vidyapeetha in Coimbatore, under the guidance of Swamini Vimalananda.

3. Purohita Course in Mandhana, Kanpur, with the inspiration of Swami Subodhananda

Both institutes provide an integrated free course on Vedas, Agni-kaarya (fire rituals), vratas (sacred vows), upasanas (worship techniques), homa (any oblation or sacrifice), Murti sthapana (idol installation), pujas and many other rituals. The course also imparts the knowledge of how, when, why and where regarding the rituals, ceremonies, worship and festivals of Hindu religion. The selected students, (aged 15-30) called Vedaputras, are trained for one and a half to two years. Subjects taught include Sanskrit grammar, Astrology, English and Vedic Chanting. Students are also trained to conduct Bala Vihars, Devi groups and short satsangs.

The highlight of the Purohita Course is that it spans all the significant aspects of Hindu rituals. The Chinmaya vision guiding the course also illumines many key aspects of Hindu practices that are threatened by lack of proper understanding. The Purohita Course aims to raise the respect people have for rituals in their life and establish the important balance between ritualism and philosophy

Suktams and Vedic chants: Vedas are ‘Shruti’, meaning that which is heard, and suktams are part of the Vedas. A ‘suktam’ is an ‘extolling’ of the Lord and popular suktams include Purusha suktam, Shri Suktam, Narayana suktam, and Medha and Durga suktams. A suktam has great potency to uplift the mind of a seeker when chanted on his behalf by a Purohita.

General Chanting of stotrams and stutis: The prospective priests should be able to chant the mantras and other chants from the Vedas, verses called ‘kavacham’, invoking a God or Goddess to act as a shield during troubled times and it is the power of the vibration in the shlokas that purifies and refreshes the seeker.

Samskaras: Every stage in life, from birth to death, is viewed as an opportunity to yoke with the Divine, and this is the underlying principle of the sixteen samskaras that are prescribed in Indian tradition. A Vedaputra can have a significant impact if he understands the power behind all these samskaras and conducts them properly.

Dhyanam, pujas and other concepts of Hindu dharma: Inviting the Lord into one’s life is like having the most beloved of guests come home. The joy of a puja is when the Purohita leads the devotee through the process of greeting the Lord, washing His feet, to offering all that he has, including the feast of food, culminating in complete surrender. Thus, the puja becomes very pertinent and a wonderful way to worship the Lord.

Through a Chinmaya Purohita Course, many well-informed Vedaputras have been trained to serve society and Hinduism with a new vision.

With inspiration from Swami Tejomayananda and guidance of Swami Brahmananda, the first Chinmaya Purohita Course got an auspicious start at Chinmaya Sandeepany, Chokkahalli, near Kolar (Karnataka). From 2005 to 2007, twenty-four trainees, ranging between sixteen to twenty years, studied the course.

The Purohita Course exposed all students to major rituals like homas conducted in the surrounding areas of the ashram. Celebrations of festivals such as MahaShivaratri, Janmashtami and Pratishtha Purnima celebrations enriched their learning during the Course. Praveen Puranik, presently serving as a Purohita at the Chinmaya Maruti Mandir described the Course as a wonderful experience adding that all the students at Chinmaya Sandeepany thoroughly enjoyed life at the ashram.

A second Course, held from 2007 to 2009 at Chokkahalli had twenty students. Four among them are working at Chinmaya Mission temples in India.
Chinmaya Purohita Course, Chinmaya Gardens, Coimbatore

The first Purohita Course at Coimbatore was inaugurated by Swami Tejomayananda on October 9, 2008, on the auspicious day of Vijaya Dasami. Twenty-seven students successfully completed the course. Of them, ten are serving at different Chinmaya Mission Centres like Colombo, Chinmaya Vibhooti, Navi Mumbai and so on.

On May 29, 2013, a new Purohita Course, with 25 students, was inaugurated by Swami Subodhananda at Vankhandeshwar Mahadev Temple in Mandhana, Kanpur. This Course, a first in North India, aims to become a major centre that will cover the Hindi heartland. 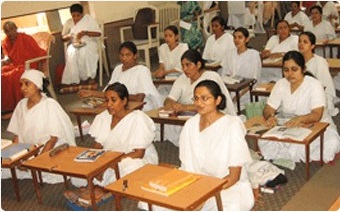 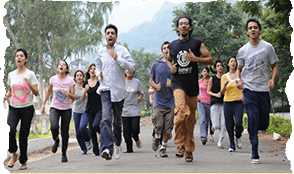 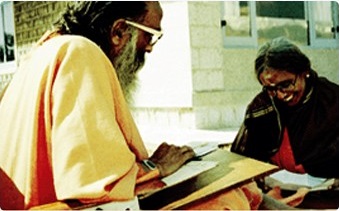