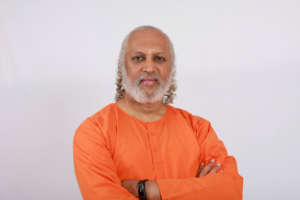 Swami Ishwarananda is the resident senior monk at Chinmaya Mission Los Angeles. An accomplished master of Vedanta philosophy, Swamiji explains the universality of spiritual teachings in a simplified manner for audiences to grasp and for seekers to implement teachings in day-to-day living. Several companies, universities, and inter-faith consortiums routinely reach out to Swamiji for delivering talks to their employees, students, and congregations. Swamiji is presently one of the Directors of Chinmaya Mission West (CMW) which oversees the activities in North America. Previously, Swamiji was part of Chinmaya Mission Bangalore where he served as the secretary.

Inspired by Param Pujya Swami Chinmayananda and with the guidance of Swami Brahmananda, Swamiiji left his field of software consultancy and joined Sandeepany Sadhanalaya in Mumbai in 1991. Upon completing his Brahmachari training in 1993, as Brahmachari Someshwar Chaitanya, he served Chinmaya Mission Centers in Bangalore and Calcutta and eventually became resident Acharya of Chinmaya Mission Los Angeles. In March of 2000, he was given sanyas deeksha by Pujya Guruji Swami Tejomayananda and was named Swami Ishwarananda. Swamiji served the mission in Los Angeles until 2001. Swamiji was then made the Acharya in charge of Sandeepany Sadhanalaya in Mumbai for the 12th Brahmachari batch from 2002 through 2004, thereafter returning to Los Angeles.

Swamiji is a dynamic speaker; has given talks on Vedanta, stress management, management techniques, and other such related fields; and has also authored many books. 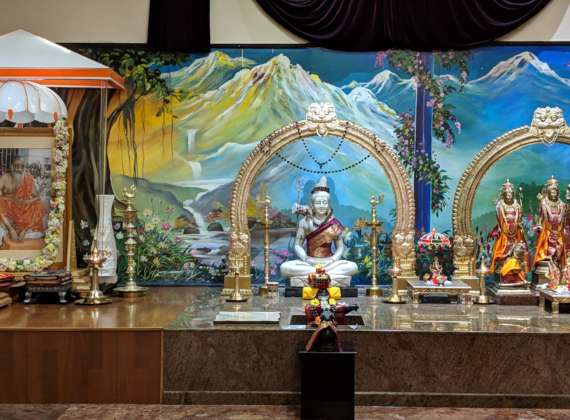