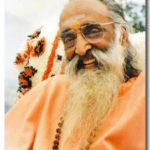 His Holiness Swami Chinmayananda, Pujya Gurudev, began teaching the philosophy of the Upanishads in 1951, and for many years, a small band of dedicated workers helped him disseminate the teachings of Vedanta by organizing Gita jnana yajnas, forming Chinmaya Study Groups, and conducting Chinmaya Bala Vihar®s and Yuva Kendras.

In 1953, the devotees organized themselves into Chinmaya Mission®, and the activities grew quickly and spontaneously in cities throughout India. Books were soon written and published; Study Group, Bala Vihar® and Yuva Kendra syllabi were formulated; and Vedanta Lesson Courses were developed.

In 1965, Gurudev received a tract of land near Mumbai, India that blossomed into the ashram and institute of Vedantic studies known today as Sandeepany Sadhanalaya®. As activities spread throughout India, a central organization called Central Chinmaya Mission® Trust (CCMT) was formed. Today, it is the main apex body of Chinmaya Mission centers worldwide and has its offices in the Sandeepany ashram in Mumbai.

Gurudev gave his first discourses outside India in 1964. He first visited the United States in 1965, giving a three-day lecture series in San Francisco at the Cultural Integration Fellowship. From 1966, yajnas and camps were conducted in the US every year, each attended by several hundred people.

A small group of dedicated workers provided the labor behind the initial activities in the US. Publicity flyers were printed, books and pamphlets were published, talks and camps were organized, databases were compiled, and newsletters were printed and mailed to all persons who had been touched by Gurudev’s talks.

By 1975, CM activities in the U.S. were overflowing. Gurudev instructed the devotees to incorporate Chinmaya Mission in the United States to administer the activities. He named the corporation “Chinmaya Mission® West” (CMW), and its headquarters were in the homes of workers like Nalini Browning and others in the San Francisco Bay area. Over the years, inspired by Gurudev’s message and method, many devotees began Chinmaya Study Groups in their homes. From California, the activities spread to the East coast. Every summer, from 1976 onward, Gurudev conducted East Coast, West Coast, and Canada camps, and devotees who attended took the teachings back to their cities and commenced Study Groups and Bala Vihar®s’. Students who had graduated from Vedanta courses at ‘Sandeepany Sadhanalaya’ in Mumbai returned to America to help start more activities and teach classes. Chinmaya Mission West (CMW) planned and oversaw all these programs.

The first Chinmaya Mission building on this continent, interestingly, was a modest structure in St. John’s, Newfoundland. An Ismaili woman donated her worldly possessions to Gurudev in 1974. From this donation came a shrine dedicated to Lord Krishna, and it was used mainly for children’s cultural and religious activities in Newfoundland.

Chinmaya Mission grew exponentially in the 1980s. In 1987, Houston requested permission to purchase property for its burgeoning classes. As they sought to qualify for a bank loan, they were told by banks that loans would be difficult to get for an out-of-state corporation. So Pujya Gurudev instructed Chinmaya Mission® Houston to incorporate in Texas. The affiliation with Chinmaya Mission® West was to be maintained by a Charter Agreement with CMW. This set a precedent that all other CM centers purchasing property would follow.

The next few years witnessed the dynamic growth of a number of centers, culminating in property purchases in San Jose, Chicago, Flint, Washington DC, Orlando, Philadelphia, and Los Angeles. These Mission centers incorporated in their own states. CMW’s headquarters and retreat center, ‘Krishnalaya,’ was opened on a beautiful tract of land and buildings in Northern California, in 1988.Each year thereafter witnessed further growth of the Mission in North America, as individuals inspired by Gurudev and his able disciples, strove to unfold themselves through selfless and dedicated service to the community.

After Gurudev’s mahasamadhi on August 3, 1993, His Holiness Swami Tejomayananda, Pujya Guruji, was made the Head of Chinmaya Mission® Worldwide. Under his able leadership and guidance, Mission activities, centers, and projects continue to mushroom and flourish across the globe. As of December 2012, there were over 300 centers in India, over 40 centers in North America and the Caribbean, and one or more centers in over 20 other countries, including Australia, Bahrain, Canada, France (and Reunion Island), Hong Kong (China), India (and Andaman Islands), Indonesia, Kenya, Kuwait, Mauritius, Nepal, New Zealand, Nigeria, Philippines, Sultanate of Oman, Singapore, South Africa, Sri Lanka, Tanzania, United Arab Emirates, United Kingdom, United States of America, Trinidad and Tobago.

CM Trinidad has the first Chinmaya Vidyalaya outside of India.  CMW sponsored numerous national programs before 1993, such as the Gita Chanting Competition in 1992 (‘Chant Gita, Land Ganga’), the tulabhara ceremony for Pujya Gurudev, and audio and video publication projects. CMW’s main projects today are the Krishnalaya ashram, its national website, and its publications division of Chinmaya Publications (CP).