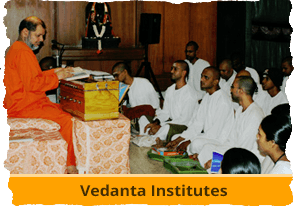 Chinmaya Mission’s Vedanta institutes for spiritual studies were named by founder Swami Chinmayananda as ‘Sandeepany’-s (pronounced saan-dee-panee). He said, ‘Sandeepany symbolizes the perfect kindling and the kindling of Perfection in the hearts of men.’ In ancient times, the great sage, Maharishi Sandeepani, headed a gurukula, where spiritual knowledge, scriptural teachings, martial arts, and all aspects of learning were imparted to resident disciples. Gurukulas were much more than today’s boarding school and the students stayed under the tutelage, protection, and nurturing of their guru for approximately ten years. Students and their guru resided together as a family. Maharishi Sandeepani’s most famed disciple was none other than Lord Krishna. Swami Chinmayananda thus chose ‘Sandeepany’ as Chinmaya Mission’s first Vedantic learning and spiritual training academy in Mumbai, India. This title later came to be used generically for all of the Mission’s Vedantic institutes, which sprouted in various parts of India and offer two-year residential training in the respective regional languages.

Vedanta Course Curriculum
Swami Chinmayananda established seminaries for the study of Vedanta where students could learn not only the concepts in the scriptures, but could also withdraw temporarily from worldly life, internalise the teaching for a few years, and prepare themselves for passing on the practical application of Vedanta to others. Studies at a Sandeepany institute are intense and intensive to say the least. Fully dedicated to the disciples’ spiritual education and growth, the two-year residential course is standard in its syllabus and traditional in its teaching method. Disciples learn Advaita Vedanta based on various scriptural texts, the primary three being the Prasthana-traya, i.e. the major Upanishads, Bhagavad-gita, and the Brahma Sutras. These texts are studied based on the respective commentary by Adi Shankaracharya. Studies include Sanskrit grammar, Vedic chanting, select Vedantic introductory texts, devotional masterpieces, and original compositions of various spiritual masters.

Vedanta Course Eligibility
Spiritual seekers, regardless of their upbringing and faith, are carefully selected and interviewed before being accepted to undergo the intensive, residential training in Vedic literature. A university degree is a mandatory prerequisite. Married students must have their spouse’s permission to join, and unmarried students must have their parents’ permission to join. 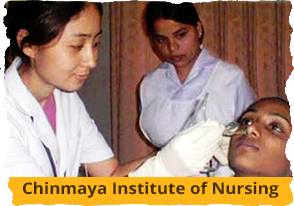 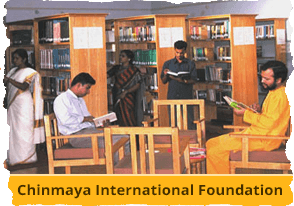 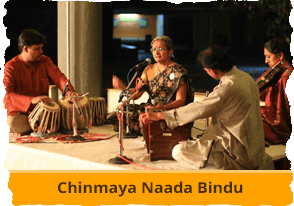