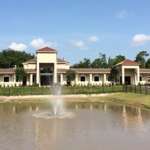 Chinmaya Mission of Orlando serves Orlando and its neighboring communities by teaching values to the children and imparting the knowledge of the Hindu Scriptures to the people.

On July 19, 1993, CM Orlando purchased a 5-acre plot in Casselberry, Florida. The property included a small, two-bedroom house that was used for ashram activities and classes. The photos of Param Pujya Gurudev Swami Tapovanam and Pujya Gurudev Swami Chinmayananda were installed in the ashram’s main hall on the day Gurudev visited the ashram for the first time. Pujya Gurudev blessed the ashram and named it “Tapovan.” He guided CM Orlando’s devotees on the future installation of the murti of Lord Shiva as Lord Jagadishvara, Who presides over the temple of CM Mumbai’s ashram in India. 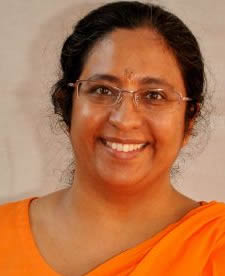 Swamini Akhilananda
Swamini Akhilananda first met Pujya Gurudev, His Holiness Swami Chinmayananda, at a Chinmaya Mission spiritual camp in Canada. Inspired by his life and teachings, she continued to seek his presence whenever chance permitted. With his blessings, she joined Chinmaya Mission’s intensive two-year Vedanta Course at the Sandeepany Sadhanalaya ashram in Mumbai, India in 1993. She was initiated as Brahmacharini Aparna Chaitanya in August 1995. On Mahashivaratri Day in 2013, she received sannyasa diksha from Pujya Guruji, His Holiness Swami Tejomayananda, and was initiated into the monastic order as Swamini Akhilananda.
She has lived and studied in the U.S. most of her life, and has been conducting Vedanta classes, camps, and workshops for all age groups for nearly 25 years. She formerly served as the Executive Secretary of Chinmaya Mission West (CMW, the guiding body for CM centers in North America) and as the Editor-in-Chief of CMW News, CMW’s former bimonthly newsletter, for more than 10 years. 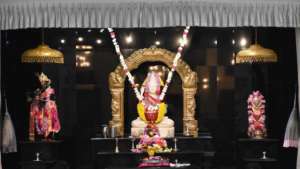 Consecration Date : July 18th, 1999.
Location address:
1221 Chinmaya Way,
Casselberry, FL, USA 32707
Phone: +1-407-699 7331
Temple Timing:
Sundays from 9AM to 1PM and Mondays from 6.30PM to 8.30PM and other Special days with festivals and any Observances.
Temple description:
Chinmaya Mission of Orlando serves the Orlando and its neighboring communities by teaching eternal values to children and imparting the knowledge of the Scriptures to people.
Temple activities: 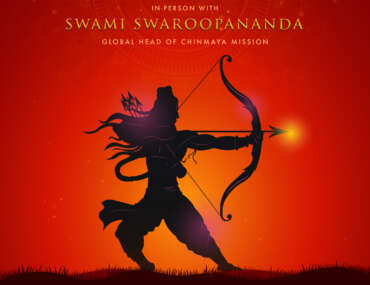